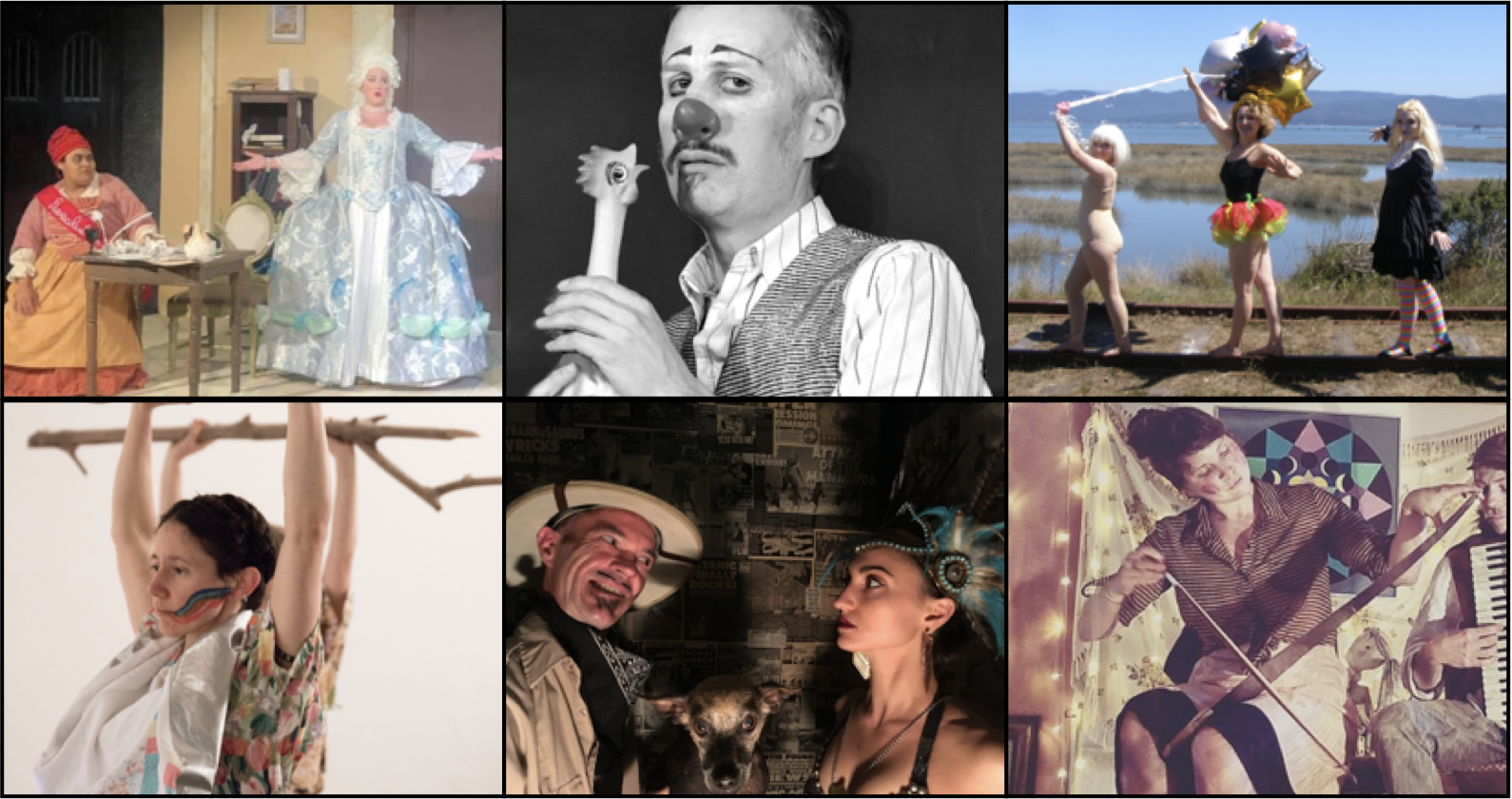 So much strange in Eureka

Eureka’s packed events calendar continues to grow. In the past couple years, to the delight of the most, Humboldt’s county seat has added the Friday Night Market, the Street Art Festival and Salt and Fog Fish Fest to its list of annual human draws. This week, another local cultural experiment launches — the inaugural Eureka Fringe Festival. It’s gonna get abstract!

“Humboldt County is home to more performing artists per capita than just about anywhere in the United States,” festival organizers boast on the event’s website. “The Eureka Fringe will be an homage to the this heritage.”

Through the weekend numerous Eureka venues will host a slew of experimental theatre performances featuring performers both local and from places less great. Be warned: Fringe Fest offers more shows than you’re physically capable of seeing. To better wrap your brain around all the oddness we suggest heading over to the event’s website where you’ll find full show descriptions, schedules and ticket information. Good luck.

Numerous venues, inside and out, in Old Town Eureka What: The Eureka Fringe Festival opens the doors, streets, and alleyways to an explosion of creative energy. Featuring stand-up comics, improv, comedies, farces, poetry, storytelling, and music.

The King of New Orleans Blues Born in 1962, guitarist Chris Thomas King became the last major folk blues discovery of the 20th Century when he was discovered in Louisiana in 1979 by a folklorist from the Smithsonian Institute in Washington D.C.

Mom Jeans is an emo rock band that was formed in Berkeley, California during 2014. They built a solid fan base on the strength of their two full length albums, and extensive tours of the United States. They are known as much for energetic performances as they are for quirky lyricism.

Freshen up your week and celebrate the bounty of fresh, Humboldt-grown food and plants at the Henderson Center farmers’ market on F Street!

Freshen up your week and celebrate the bounty of fresh, Humboldt-grown food and plants at the McKinleyville farmers’ market!

Muggins! Get your weekly crib on.

Usually some singer/guitarists, a couple spoken word guys and then that one wildcard oddity that makes you go "hmm."

Sing at The Goat!

Hip hop krunkage for your butt.