This morning I had the pleasure of speaking with film maker Kevin McKiernan and a whole bunch of folks associated with the film. Pictured above from left to right are Ted Hernandez, Tribal Chair for The Wiyot Tribe, Willard Carlson of the Yurok Tribe, Jerry Rohde, HSU Historian, and Kevin McKiernan.

In 1973 McKiernan was a young reporter on the scene at Wounded Knee. After the FBI though out all reporters, he secretly filmed and recorded events which are now shown in this film. McKiernan also reported from Standing Rock in 2016. In 1973 Willard Carlson went from Klamath with an armload of rifles to join the fight. He and McKiernan met up years later and confirmed to eachother that they were both there.

This film "From Wounded Knee, To Standing Rock: A Reporter's Journey will screen Saturday night, October 19th at the Eureka Theater at 7pm. Doors open at 6pm. Tickets are $12, $8 for students and seniors.

The timing of this scening is amazing. Monday, the Eureka City Council will be voting on returning the entire island of Tuluwat (Indian Island), site of the 1860 massacre, to the Wiyot Tribe. In 2004, Eureka returned the northern 40 acres of the island including the sacred shell mound. This was the first time in the nation's history that any municipality gave back land to a native tribe. 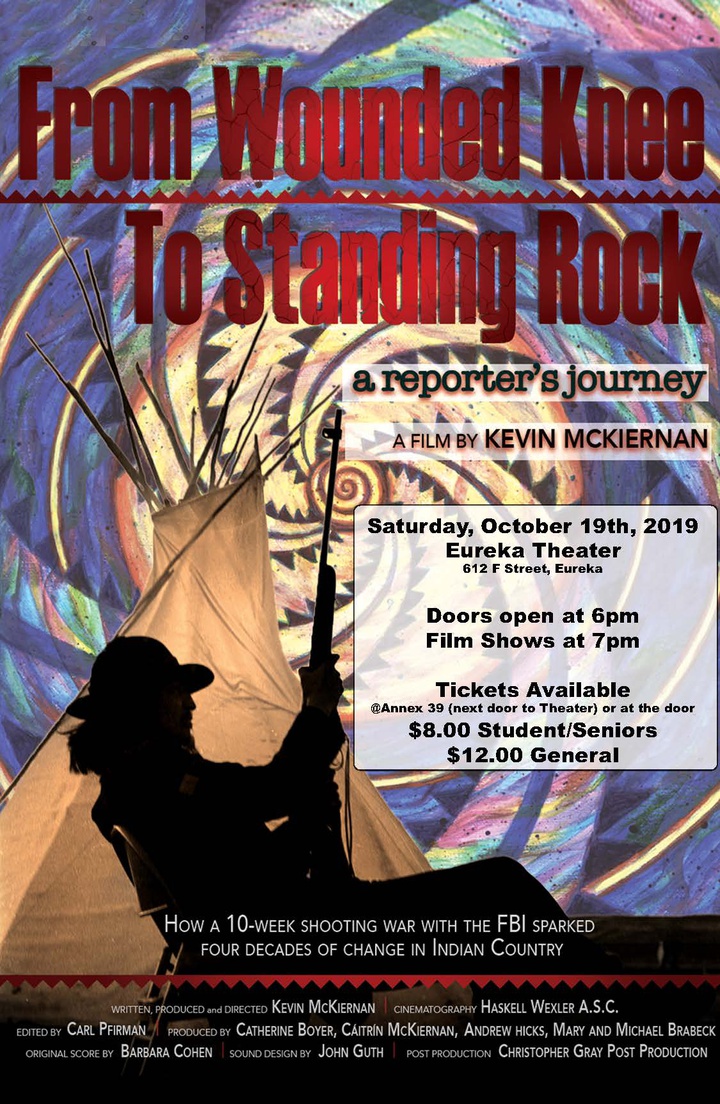