Nobel Prize, Gravitational Waves and Humboldt all converging together

Early this morning (at 2:45 AM!) the news came out that the Nobel Prize in Physics was awarded to the LIGO Black Hole Researchers for their proof of gravitational waves (ripples in space-time) which were predicted by Einstein about 100 years ago but never officially discovered until February 2016.  The Nobel folks gave the award to the architects and leaders of the project Rainer Weiss from MIT and Kip Thorne & Barry Barish of the California Institute of Technology.  However, the LIGO collaboration is comprised of over 1,000 international scientists.

One of those collaborators is Humboldt State Alum Corey Gray.  He took a bit of time to call in today to talk about the discovery!  :) 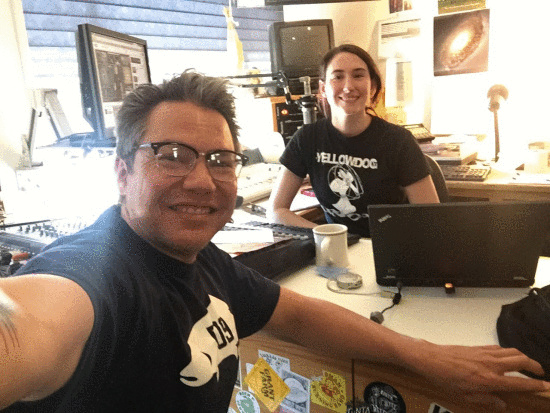 A photo from when Corey popped by back when they first made the announcement a year and a half ago Photo: Corey Gray

Gravitational Waves: One of the Minds Behind "the Scientific Discovery of the Century' Came From HSU